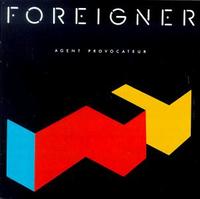 Growing Up the Hard Way
The fourth single taken from the album Agent Provocateur, and subsequently released only in Europe in May, 1985. The b-side, "She's Too Tough", a rockin' Elvis Presley-type song, is also featured on the American single release of "Reaction To Action".
Lyric highlights
He's come a long way in life
He's got a long way to go
And he don't even know, but he don't care because
He's growing up the hard way
In and out of trouble every day