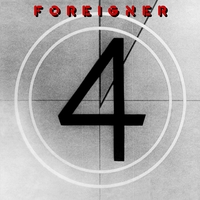 Luanne
This was the fifth and final single taken from the album "4", and the second to feature a b-side that was not available on one of their albums, a controversial live version of their hit, "Hot Blooded". The song reached number 75 in the U.S. charts where the album, 4 had already gone to number 1, eventually selling more than six-times platinum, but was a live staple for years to come.
Lyric highlights
Luanne, Luanne
Why do you run and hide?
Luanne, Luanne
Don't keep your love inside